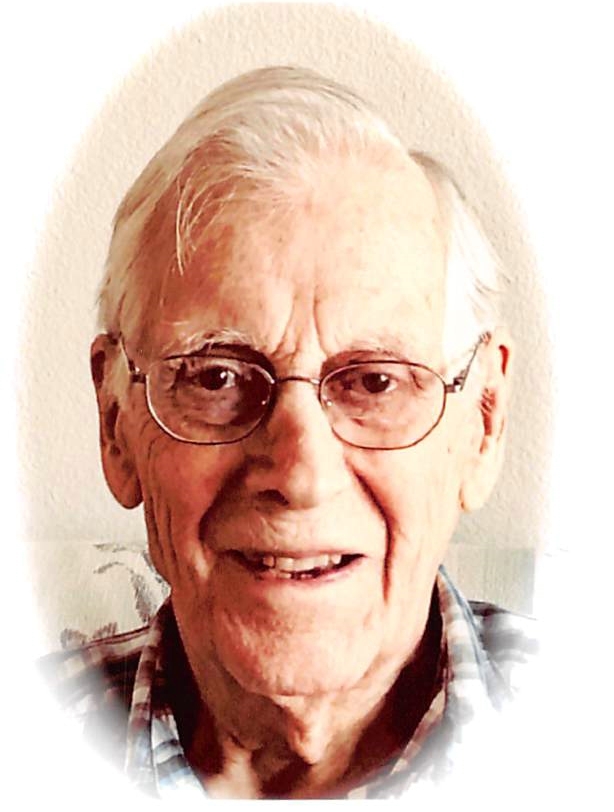 Walter Albert Henry passed away peacefully, surrounded by family at St Luke's Hospital in Boise, ID on May 29, 2021. Walter was born on Nov. 21, 1923 in Chester, VT; second son of Hugh Horatio & Clara (Offutt) Henry. He was the 5th generation of the Vermont Henry's.

As part of the 71st Regiment, 44th Infantry Division, Walter was with the first to land in France after D-Day. He fought in the Battle of the Bulge, served as squad leader (S/Sgt) with the regiment in the European Theater of Operations from Sept 1944 until the end of WW II in Europe in May 1945. Awards & citations included the Combat Infantryman Badge, the Bronze Star & the Purple Heart Medal.

Walter married Edith Laura Stoddard in Chester, VT on June 7, 1944 while home on furlough. They were married for 73 years. Walter was employed with the VT Highway Dept. from 1947 until 1955. He and Robert Dufresne founded the Dufresne-Henry Engineering Co in 1955 in Springfield, VT, which later became Dufresne-Henry, Inc. The corporation, by the early 1980's, had grown to the largest consulting civil & sanitary engineering firm in New England north of Boston. He last served as Treasurer & Chairman of the Board of Directors until his retirement in 1992.

Walter was an avid skier (both snow & water), & taught many friends to water ski at his summer camp on Lake Rescue near Ludlow, VT. He enjoyed boating, hunting, fishing, & other outdoor activities while living in VT. He was a long-time member of the Springfield (VT) chapter of the American Red Cross.

A full military graveside service will be held in the future at Norwich University Cemetery in Northfield, VT. In lieu of flowers, donations can be made to Honor Flight, Box L-4016, Columbus, OH 43260-4016 or online.

To send flowers to the family or plant a tree in memory of Walter Henry, please visit Tribute Store

Share Your Memory of
Walter
Upload Your Memory View All Memories
Be the first to upload a memory!
Share A Memory
Send Flowers