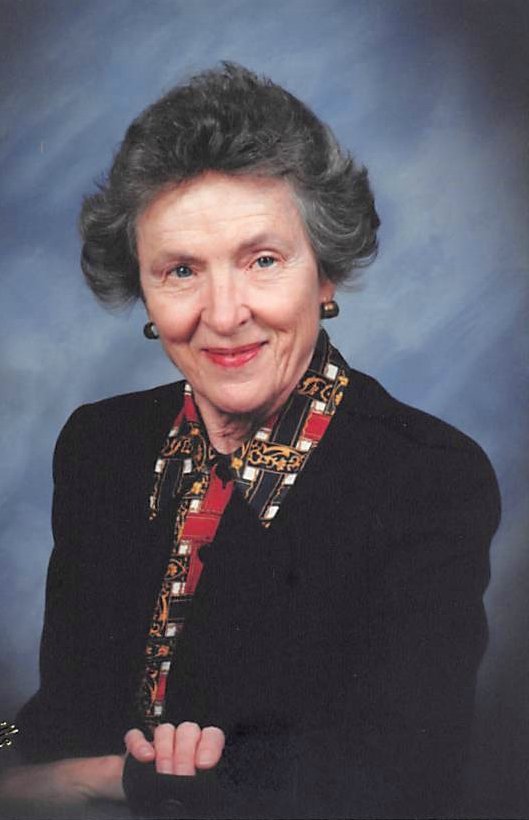 For the past two months Shirley Ann Severn had been knocking on heaven’s door.  On June 1, 2021 the door swung wide open and she passed away peacefully at her home in Boise, Idaho.  Shirley was born on October 21, 1924 to Douglas C. and Laura W. Knox in Emmett, Idaho joining her sister Patricia.  Later her brothers Douglas C. Jr. and William were added to the Knox clan.

In junior high and high school Shirley played in the marching band and worked in the fruit orchards surrounding Emmett.  She was in the Queen’s Court one year at the Emmett Cherry Festival.  Their family also enjoyed spending time on Payette Lake in McCall.

Shirley graduated from Emmett High School 1942 and moved on to the University of Idaho where she became a lifelong Vandal fan. She was a proud member of the Delta Gamma sorority.   Shirley was recently honored as a fifty-year Vandal donor at a celebration in Moscow.  Truly one of her proudest moments

Her studies were interrupted by the war and she moved to Boise where she worked for the Selective Service.  After the war she returned to Moscow where she received her degree (BS Business) in 1948. It was there she met her future husband Harry “Russell” Severn (quite a story for those interested).  They were married in April 1949 at St. Mary’s Episcopal Church in Emmett and started their married life in Boise.  They soon moved to Nampa where Russ opened his own CPA firm which later became Severn Ripley Doorn and Company. Shirley was a 60-year member of her bridge club, served on the Mercy Medical Center Auxiliary and the Nampa Community Center Auxiliary, and was a Girl Scout leader.

Shirley helped Russell during “tax season” but for the most part was the world’s best mom to daughter Gail and son Steve.  Shirley and Russ made many lifelong friends in Nampa.  The family could be found hunting and fishing all over the great state of Idaho and beyond.  Shirley and Russ had a summer home in Campbell River, British Columbia for fifteen years where they enjoyed the bounty of the seas. One year she held the title of catching the largest King salmon (Tyee) on all of Vancouver Island at 54 lbs.  Shirley was quite proud of this, as it was far bigger than anything Russ had ever caught.   That fish still hangs on the wall of Steve’s office.

After Russ passed in 1992 Shirley maintained lasting friendships with many of her “girlfriends” and DG sisters. Shirley loved to travel. Gail made sure her passport was stamped with many wonderful places.

Shirley regularly attended Grace Episcopal Church in Nampa where she served on the Vestry and taught Sunday school.  After moving to Boise in 2005 she attended St. Michaels Cathedral.

PEO was a big part of Shirley’s life as she believed strongly in its message of education for young women. She was a member of the Caldwell Chapter House for over 70 years and was President of the Chapter twice.

Shirley spent a great deal of time in Ketchum with Gail and her family working in the garden, hiking the many trails in the area and socializing with their many friends.  Shirley enjoyed traveling with Gail to art fairs around the country helping with exhibitions for Gail’s art gallery. While in Ketchum she was a regular at St. Thomas Episcopal Church.

Shirley is survived by her daughter Gail (her children Brad and Michelle Martin), son Steve and his wife Nancy Nadolski (their children David and Shawn Stoddard) and brother William and his wife Joyce Knox, along with many nieces, nephews, and great grandchildren.  She was proceeded in death by her husband Russell, brother Douglas C. Knox Jr. (Doris) and sister Patricia Michels (J.R. “Rich”), son in law Michael A. Martin, and her special companion Dave Edmark.

One of Shirley’s dear friends sent this note when he heard of her passing: “She was a delightful woman, a dear friend of my parents and someone I considered a great friend as well.  I considered it a highpoint on a visit to Idaho if I could have lunch or dinner with her.  She was one of the best conversationalists I have ever known. She enjoyed a good meal, a good story, and savored both. We will all miss her and treasure the memory of her.”

A celebration of Shirley’s life will be held at a later date, so until then, Go Vandals.

To send flowers to the family or plant a tree in memory of Shirley Severn, please visit Tribute Store

Share Your Memory of
Shirley
Upload Your Memory View All Memories
Be the first to upload a memory!
Share A Memory
Send Flowers